The oldest building is known as ” Caserío Fuente del Álamo ” dating back to the beginning of 17th century.

In earlier times, the “Fuente del Álamo” was a natural shelter for shepherds who used to camp close to the spring below the rocks. Afterwards, they built a hut over the spring and a rocked wall as a fence locking the sheepfold for the livestock. Later, a permanent settlement was built and they started growing crops, so why it became necessary to buid houses: stables, granaries and a pond to save water, originating what is now Cortijo Balzaín.

The primitive hut was made into a dovecote, that was very important to its inhabitants, as the many breeding nests that have been conserved give proof of it. Doves were the main food resources during those times. Doves didn’t need to be fed, were great breeders, and were the protein base of many soups and stews.

Step by step, Balzain was transformed into an attractive place and became the reference to be enjoyed by any mountaineer who loved Sierra Nevada. It was the first resting point in the route, to have a drink of fresh water from its crystalline spring or a refreshing bath could be taken in the pond.

The great mountaineer, P. Ferrer, in his book about Sierra Nevada, described Balzain as follows:

“Balzaín is a white country house protected by its old chestnut trees, its paths lined by walnut trees and the small water canals flow with the countryside peace. A spring brook, born among the rocks softly murmurs a song of things and memories. And the almond groves on the slope and the high topped pine trees, give the lanscape a sentimental and delicate enviroment.”

Balzaín was also, for a very long time, a gathering place for pilgrimages from nearby villages, who used to come with decorated farm wagons and profusely adorned horses ridden by their owners with beautiful women seated behind them and hundreds of pilgrims.
They all used to spend the day under the shadow of the walnut tress and blooming almond trees, refreshed by the streams that crossed the fields and under the protection of the “Virgin of Balzain” , enthroned in the cave where the spring is born,

Presently Balzaín is an agricultural enterprise dedicated to the processing of almonds and honey, and after restoring of its buildings it has been opened for Rural Tourism.

A few words concerning to the Restoration Proyect for Rural Tourism…

When we decided to restore the old Caserio, we planned to recover its history
without adding any strange element nor artificial decoration.

The simplicity of rural life shouldn’t be altered. Nor should the ancient farm tools be used as decoration, as this would reduce the dignity of farm hard work. So, we open small museum where these tools are exhibited with respect in memory of the hard work done in this farm by its people.

The result of this insistence are the rural houses with the authentic rustic atmosphere of an andalusian cortijo, where the original structure and the ancient materials, that give these country houses their special character and beauty, have been respected.

In short, we have just emphasied the beauty of rustic elements of this cortijo, giving them the importance they deserve and installing cottages within its limits, with all the comfort that is required today for you to enjoy peace and quietness in a rural ambient in the depths of nature. We wish to Balzain all the best in future and to the guests who visit it, to feel the spirit we tryed to put on its restoration. 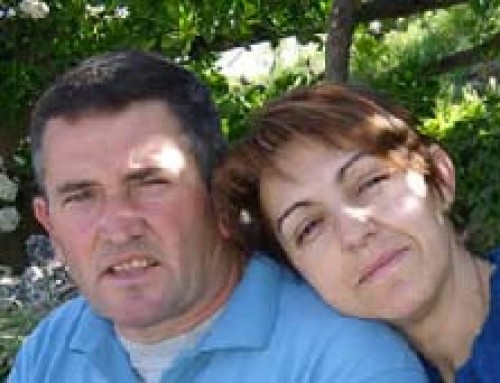 This website uses cookies to improve your experience while you navigate through the website. Out of these, the cookies that are categorized as necessary are stored on your browser as they are essential for the working of basic functionalities of the website. We also use third-party cookies that help us analyze and understand how you use this website. These cookies will be stored in your browser only with your consent. You also have the option to opt-out of these cookies. But opting out of some of these cookies may affect your browsing experience.
SAVE & ACCEPT
Llámanos ahora!!
Abrir chat
1
¿Cómo podemos ayudarte?
Hola, :)
¿Cómo podemos ayudarte?
<scrip